The exciting and prestigious World’s Championship Horse Show is held annually in conjunction with the Kentucky State Fair and crowns world champion Saddlebreds in different divisions. The show attracts spectators and competitors from across the world and includes over 2,000 horses competing for more than $1 million in awards determined by a panel of equestriaofessionals. 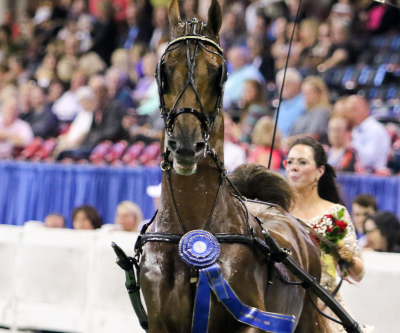 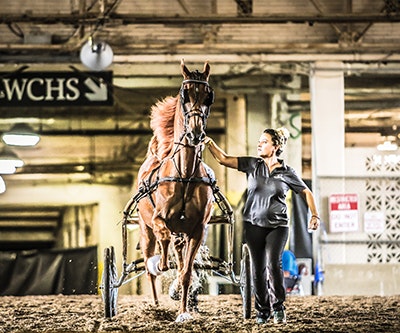 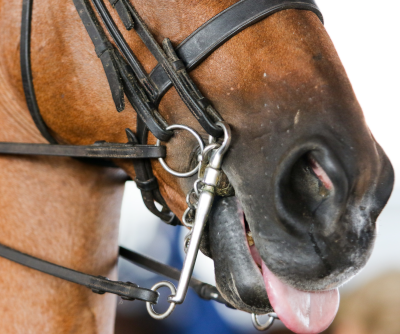 American Saddlebreds have their origin in the horses of the British Isles during the Middle Ages. Because roads were so difficult, the most popular mounts were those which "ambled," or performed a comfortable, four-beat gait. Later imported to the American colonies and bred to Thoroughbreds, the prototypical Saddlebred, called an "American Horse." The “American Horse” was distinctive for its inclination to perform the four-beat gaits, having inherited the ability from both sides of its pedigree. The breed type was set by the time of the American Revolution and developed throughout the nineteenth century, eventually including strains of Standardbred and Morgan blood.


The American Saddlebred typically stands between 15 and 16 hands (60 and 64 inches) tall, measured at the withers, which is the point where the neck meets the back. The Saddlebred weighs between 1,000 and 1,200 pounds, and comes in all colors - most are chestnut, bay, brown, or black. The breed is known for its athletic ability and elegant conformation – a long, fine neck, well-sloped shoulders, flat croup, and long, lean legs.

The Hackney Pony, a breed that originated in England, is believed to have been developed in the mid-nineteenth century, and is specifically designed to be used in harness. The breed is a miniature version of the Hackney Horse, and measures no more than 14.2 hands (58 inches) are usually bay, brown or black, with the occasional (but rare) chestnut. The Hackney typically has a long neck, good shoulders, and a compact body with hard limbs. Known action, the breed supplies the entries for the Hackney, Harness Pony, and Road Pony divisions.

Road Horses are required to be Standardbred or of standard type. Often they are harness racing horses who have competed on the track. The Standardbred is an American breed known for its trotting and pacing ability. The trot is a lateral gait in which the foreleg on one side of the horse moves in tandem with the hind leg on the other side of the horse. In pace, the fore and hind leg on each side of the horse move together. In the show ring, the pacing gait is not used. The Standardbred is typically heavier than a Thoroughbred, with a longer body, shorter legs, a slightly larger head, and greater endurance. On average, the breed stands about 15.2 hands tall, weigh approximately 800 to 1,000 pounds, and are usually bay, black or brown in color. They are known for their docile personalities and willing temperaments.